Tariffs Only Work If Importers Actually Pay; Whistleblower Can Help Clamp Down On Customs Fraud, And Earn Substantial Rewards For Doing So 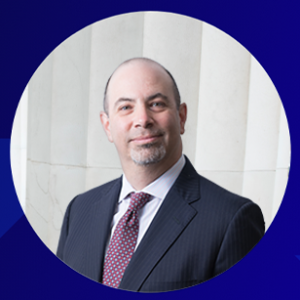 In this article, I will explain how a whistleblower with information showing that a company importing into the United States is committing customs fraud can use the False Claims Act to report that fraud, and to then claim a financial reward—potentially worth millions of dollars—for doing so.  Many whistleblowers have brought successful “qui tam” cases (meaning cases brought by a private citizens or companies against defendants that owe money to the government) alleging customs fraud, and been paid very substantial rewards for having done so.  At the end of this article, I provide some recent examples in which the whistleblowers were paid as much as $13.5 million in rewards.

Let me start with a note about the word “whistleblower.”  I use that word here because it is commonly understood to mean someone who “blows the whistle” on illegal conduct.  But the False Claims Act does not use that word.  Instead, the person that reports fraud under the False Claims Act is called a “relator.”  Relators are often employees of the company committing the fraud, or others with inside information.  But anyone with non-public information about the fraud can potentially be a relator, and earn a reward for reporting the fraud.  And a relator does not need to be a natural person; it can be a corporation, partnership, or other legal entity.  For example, in the customs realm, although False Claims Act cases are often initiated by company insiders, they also are often initiated by companies that are competitors of the importer engaged in fraud.

Some of the most common types of fraud involving customs and tariffs include the following:

One question you might ask is “why should I file a qui tam case, rather than simply report the fraud to CBP via an e-allegation or some other channel?”  A qui tam case, filed under the False Claims Act, offers three very significant advantages.

Qui tam cases have a number of rules, both procedural and substantive, that make them different from other types of lawsuits.  Here are five points to consider.

First, qui tam cases are filed “under seal,” meaning they are not part of the court’s public docket (at least initially), and they are not served on the defendant.  Instead, the complaint is served only on DOJ, along with a “disclosure statement,” which is typically a memorandum from the relator’s attorney to DOJ, laying out the evidence that forms the basis for the complaint.  DOJ will then open an investigation, and the case typically will remain under seal until that investigation is concluded.  DOJ then makes what is called the “intervention decision.”  DOJ has the right to “intervene” in the case, which means that the government steps in as the lead plaintiff, and DOJ attorneys become the lead counsel.  Or DOJ can “decline” intervention, in which case the relator can still decide to pursue the case without the government’s help, using the private counsel retained by the relator.  Once DOJ makes its intervention decision, the case usually will be unsealed and become part of the court’s public docket.

Second, the False Claims Act has what is called the “public disclosure bar.”  Under this “bar,” a case will be dismissed if it is primarily based on information that was previously “publicly disclosed.”  This is one of the trickiest areas of False Claims Act law, as the line because “public” and “not public” can often be difficult to draw, and is subject to various exceptions.  But the basic idea is that a qui tam case must be based on information that was not otherwise already easily accessible to the government.  You can’t read about a fraud in the newspaper, and then file a qui tam case alleging that fraud.  Your case will only be successful if it is based, at least primarily, on previously non-public information.  (A key exception is that prior public disclosure may not be a bar to your qui tam case if you were the “original source” of that public disclosure.)

Third, the False Claims Act has a “first to file” rule.  Under the rule, if two or more different qui tam cases are filed, all alleging the same fraud, it is only the relator in the first of those cases that will be eligible for a reward.  This means that once you decide to file a qui tam case, you should do so as quickly as feasible.

Fourth, the amount of the reward available to a relator is a percentage of the amount actually recovered for the government.  The percentage can range between 15% and 30%, based on a number of different factors.  The key point, however, is that the relator only receives a reward if there is an actual recovery.  In the customs context, one implication of this is that successful qui tam cases are usually brought against companies that have a presence, and substantial assets, within the United States.  If the importer is a small company, or one that only has overseas assets that will be difficult to collect against, the case may not be successful even if the evidence of the fraud is strong.

Most attorneys in the United States who represent whistleblowers/relators in qui tam cases are willing to do so on a contingency fee basis.  Instead of charging the client by the hour, attorneys working for a contingency fee receive a percentage of whatever money they are able to win for the client.  Typically, the client owes the attorney nothing if the case is not successful.  So, as a practical matter, a potential whistleblower with a qui tam case does not need to worry about any up-front costs of hiring an attorney.

Do whistleblowers actually have success bringing customs fraud cases under the False Claims Act?  Yes, they do!  Here are some recent examples – five cases that, collective, resulted in almost $75 million in recoveries for the government, and as much as $13.5 million in rewards paid to the whistleblowers who initiated the cases.

In September of 2020, DOJ announced a settlement with Linde GmbH and its U.S. subsidiary Linde Engineering North America LLC (LENA), in which the companies agreed to pay the government more than $22.2 million to resolve allegations that Linde made false statements on customs declarations to avoid paying duties owed on the companies’ imports.  This settlement was the result of a qui tam case brought under the False Claims Act, and the relator was paid a reward of approximately $3.7 million.

In July of 2020, DOJ announced an $8 million settlement with CWD Holdings LLC to resolve allegations that the company avoiding paying duties by misclassifying certain imported brake parts.  According to reports, CWD falsely claimed that the mounted brake pads it in fact imported, which carried a 2.5% tariff, were unmounted brake pads, which had no tariff.  The settlement arose out of a qui tam False Claims Act, and the relator received an award of approximately $1.5 million.

Between 2014 and 2019, DOJ (acting through the U.S. Attorney’s Office in Manhattan, New York), reach settlements worth at least $25 million with a group of clothing importers and wholesalers who engaged in various “dual invoicing” schemes intended to evade payments of customs duties.  According to press releases issued in connection with those settlements, these cases are initiated as a result of a whistleblower’s allegations made in a False Claims Act case, which means that the whistleblower (or whistleblowers, if there was more than one) likely received awards of between $2.5 million and $5 million (the specific amount was not publicly reported).

In 2015, DOJ entered into a $15 million settlement with Z Gallerie for evading antidumping duties through misclassification of imported furniture.  The relator who initiated the qui tam case received an award of $2.4 million.

In 2014, DOJ entered into a $4.3 million settlement with OtterBox, which makes protective cases for phone and tablets, for failing to pay duties on the value of “assists” on imported products.  The former employee who brought the qui tam case under the False Claims Act was paid a reward of $830,000.

These are just a few examples.  Over the past decade, whistleblowers have brought dozens of other successful customs fraud qui tam cases under the False Claims Act.  In so doing, they have stood up for the rule of law, helped maintain a level playing field among business competitors, and earned large rewards for doing so.